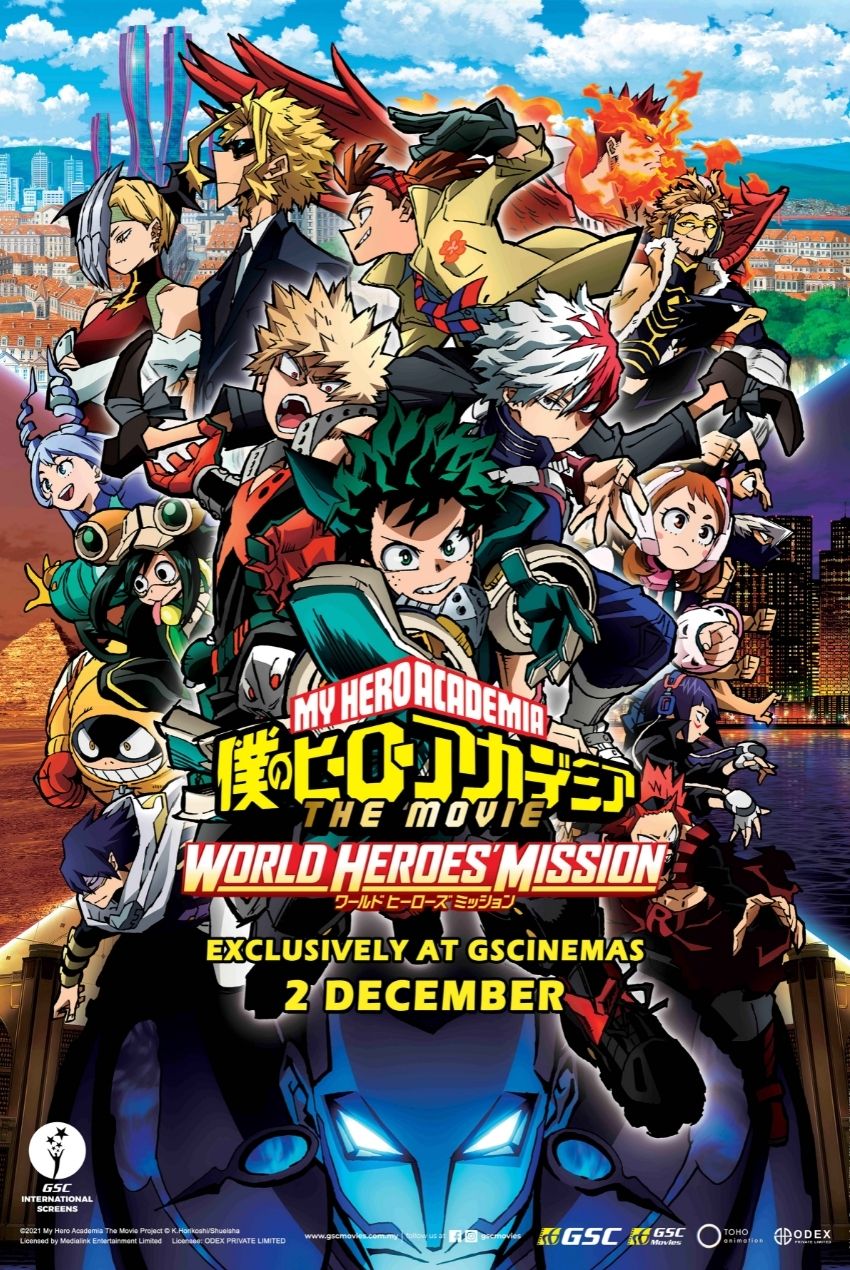 When a cult of anti-quirk terrorists destroys a city by releasing a gas that causes people’s powers to go wildly out of control, Japan’s greatest heroes disperse across the globe in an attempt to find the ringleader and bring him to justice. As part of Endeavor’s team, Deku, Bakugo, and Todoroki travel to the European nation of Otheon. But after stopping a robbery gone wrong, Deku finds himself framed for mass murder and on the run with a two-bit criminal—with both Otheon’s police force and the terrorists hot on his trail.