If you’re a fan of romantic comedies, you are bound to have seen numerous heart-swelling romance movies within the year that have swept you off your feet, including the swoon-worthy Love, Rosie perhaps?  This time around, Malaysia’s leading movie distributor GSC Movies has another much anticipated romance novel based film in stored to visually kick off the holiday season. This time promoting a local flair! 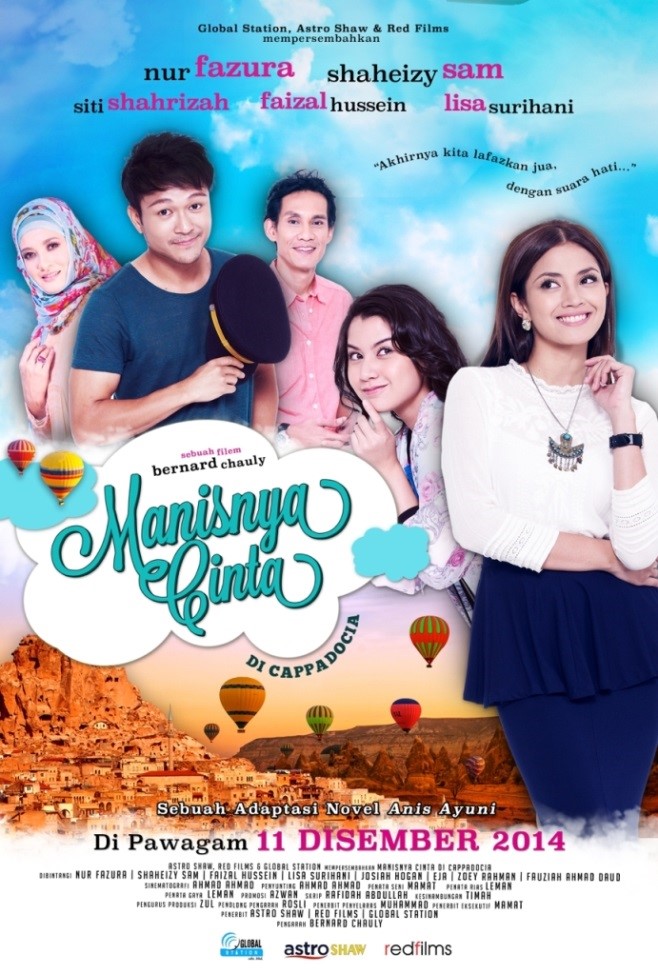 Adapted from the popular work of famed Malaysian author Anis Ayuni, Manisnya Cinta di Cappadocia is the much anticipated fan-favourite story depicting the conundrum of choice in relationships. As the title proclaims, the Malaysian production is indeed partly filmed in the stunning landscapes of the Cappadocia (and Anatolia) regions of Turkey (a slight divergence from the original novel setting in Egypt) transporting viewers to the panoramic world of dramatic rock formations and hot air balloons! 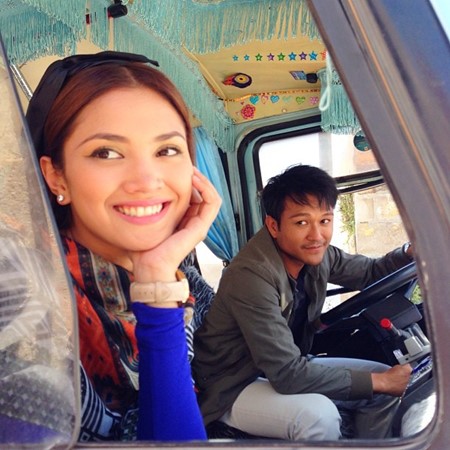 Manisnya Cinta di Cappadocia tells the story of Ifti Liyana played by Nur Fazura, a girl who loses faith in love after a recent heartbreak. All she demands of the perfect suitor is one who is sincere and honest, but such isn’t the case with long-time boyfriend Fredo (Josiah Hogan) who cheats on her. To nurse her broken heart, Ifti takes a vacation to Turkey where she stumbles onto an acquaintance, Nazim (Shaheizy Sam), who may just be the perfect candidate to provide Ifti with her needs. While Nazim gradually finds his way into Ifti’s heart, Bakhtiar (Faizal Hussein), her late sister’s husband, proposes to her in a flurry of emotions. If you are a fan of the bizarre relationships in Don’t Go Breaking My Heart 2, Manisnya Cinta di Cappadocia offers a local take on the delicate, rather predictable, and popular trope of geometric conundrums in relationships.

Having come a long way in their respective careers, both leads are huge names among the cream of the crop of Malaysia’s talent in the entertainment industry today. Reunited as an on-screen couple for the first time since their roles in the drama series Kisah Cinta, Fazura and Sam emitted romantic sparks that would’ve put Brad and Angelina to shame. The intense chemistry between them coupled with the mesmerizing sceneries of central Turkey will definitely make you want to fall in love all over again. With the year coming to an end and so many movies left to see, make sure you include Manisnya Cinta di Cappadocia to your must watch list!

Take a visual vacation this December, to the rocky mountains of Cappadocia along with the star studded cast of Manisnya Cinta di Cappadocia, a must see local production by director Bernard Chauly who brought us hit movies such as Gol And Gincu, Pisau Cukur and the award winning Istanbul aku datang!, which also features Lisa Surihana!